Get Funny-Bone-Tickling Poetry & Games in your Email

Advanced poems are designed for children who read very well independently.
These poems average more than 200 words and often contain play-on-words (puns and idioms).
But, don’t worry…
If any of these puns and idioms go over your head (man, I really like idioms!), that’s OK!
In the appendix of each book are explanations of these play-on-words.
Below are three sample advanced poems.

They’ve closed every beach in the great state of Maine
So the children are sad and they start to complain
In New Hampshire they recently closed Hampton Beach
‘It’s off limits!’, the mayor declares in a speech
Further south is the same.  They blockaded Cape Cod.
It’s deserted today.  This looks terribly odd.
In New Jersey they’ve shut every path to the shore
And Long Island, New York?  It’s abandoned.  What for?
Every beach in Virginia’s been vacant since May
Jekyll Island is bare.  Georgia’s empty today.
With no people around no one ever gets hurt
No one’s skin will get burned from not wearing a shirt
No one worries the sand will get into their eyes
No one trips over waves, ends up injured or cries
Yes, these beaches are safe since there’s nobody here
Now’s the best time to go since the (East) coast is clear 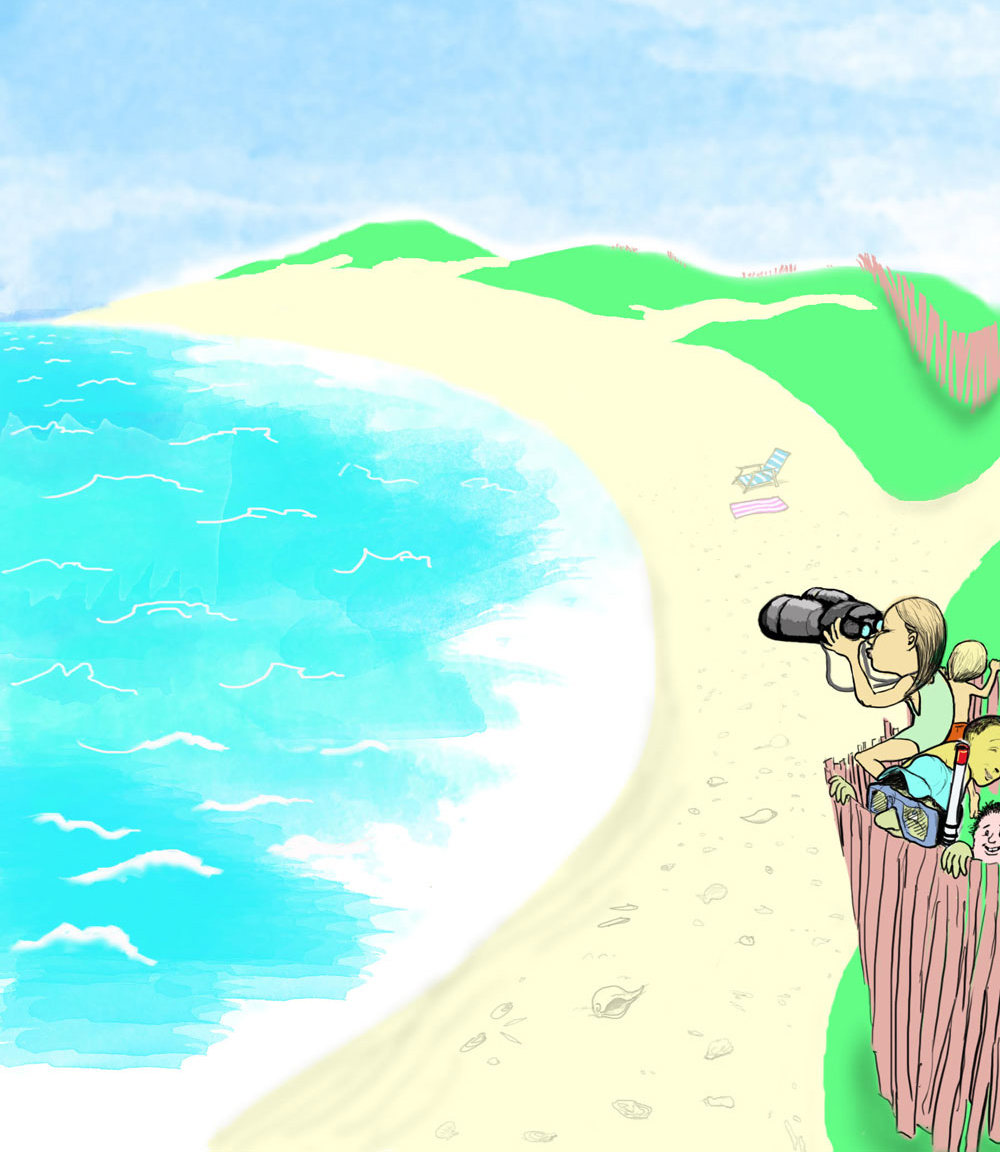 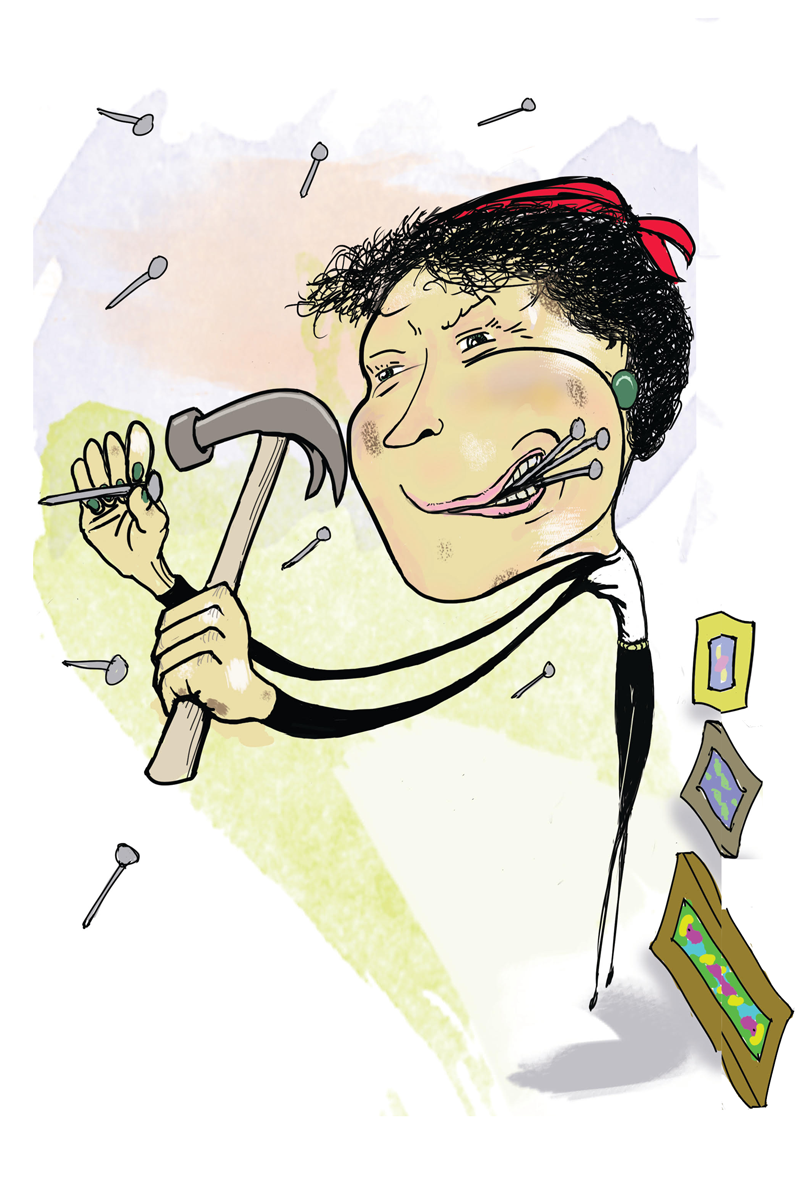 At 7:15 this past Saturday night
The art gallery boss noticed something’s not right
All the paintings were gone.  They were not on the wall.
All the nails were removed.  There were none left at all.
And where there were once holes there was plaster and paint
When the boss saw the wall, my, she nearly did faint!
She was keenly aware the exhibit was soon
It was scheduled to open on Sunday at noon
With no workers around to assist the poor boss
She knew she’d have to work the whole night and felt cross
So she worked and she worked.  She worked 10 hours straight.
She put 200 nails in the wall.  She did great!
All the paintings were hung, 85, maybe more
It was Sunday near noon, just a little before
As a crowd formed outside, now about to come in
The boss felt pretty good so she let out a grin
Her grin turned to a frown when she saw on the floor
A large pile of nails right beside the main door
With just three seconds left while still sporting a frown
The boss shoved all the nails in her mouth and bit down
Just relax, the boss thought.  No one ever will know.
I’ll just keep my mouth shut ‘til the end of the show
As the patrons arrived her mood turned a bit brighter
It worked out well but it was a nail-biter

Famous People Day is here!’, the teacher tells her class
‘I will ask a question then you answer.  Do not pass!’

‘Let’s start off with painters.  Who is famous that you know?’
Sammy lifts his hand then says, ‘I’d have to say van !’

‘Awesome choice!’, his teacher says.  ‘Your answer’s really smart.
When he was alive van Gogh could barely sell his art!’

‘Solid pick!’, the teacher chirps.  ‘Seuss had a way with rhymes.
‘His first book was turned down, turned down 27 times!’

27 times?  And the author didn’t stop.
He kept writing books like Fox in Socks and Hop on Pop

‘Let’s select an athlete next!’, suggests a boy named Gordon
As the teacher nods he blurts out loudly, ‘Michael Jordan!’

‘He was great!’, the teacher states.  ‘The best so it would seem.
Yet, somehow, this legend didn’t make his high school team!’

Then the teacher asks, ‘Why do you think these three prevailed?’
Someone says, ‘They never quit, not even when they failed!’

‘That is right!’, the teacher says.  ‘They’re famous.  Yes, indeed!
Those who aren’t afraid to fail are those who do succeed!’ 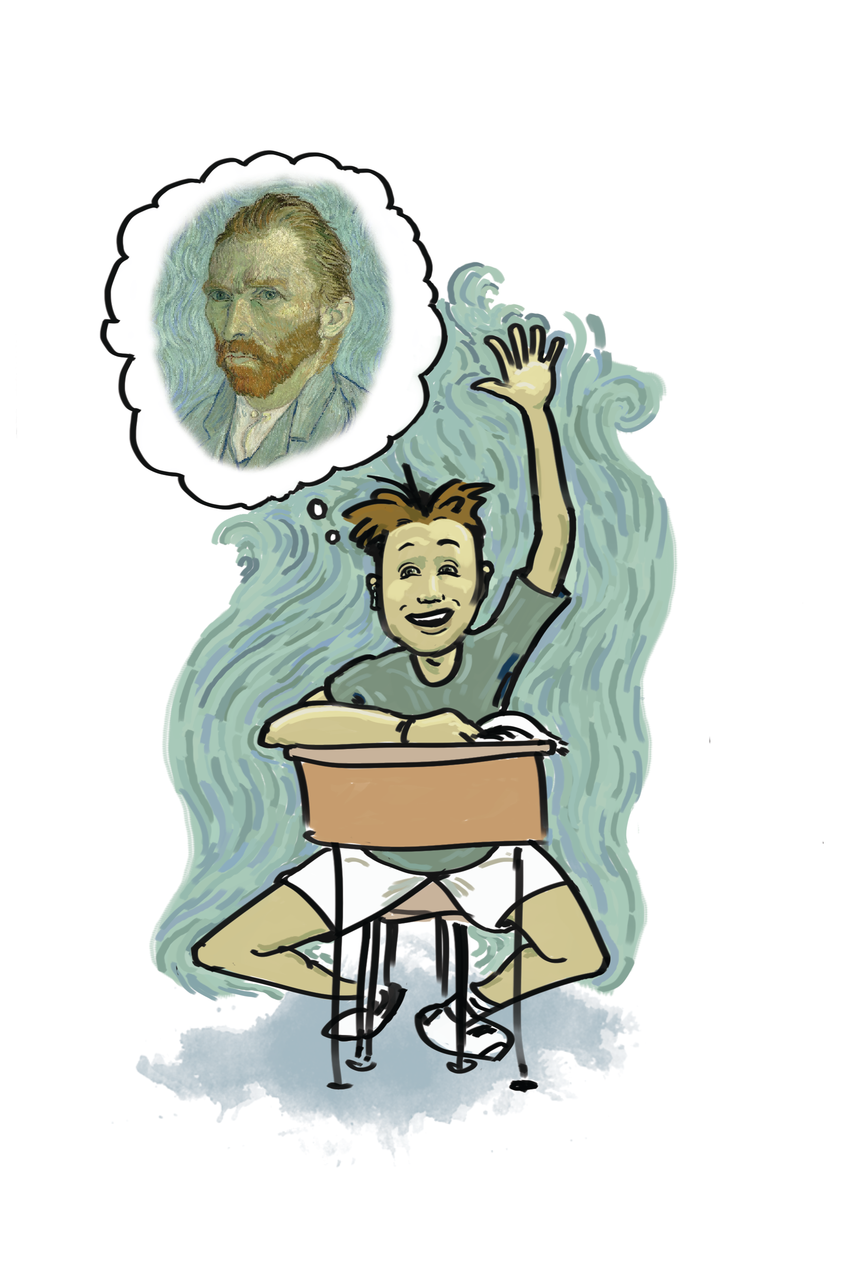 Please check out my latest books. All the COOL kids are reading them!